Police shootings, emotional damages, and the value of our companions.

I am looking forward to the progress of this trial in Michigan, encouraged by the ruling so far. US District Court Judge Gershwin Drain has ruled that the owners of a dog named Clohe, shot in Flint, can recover emotional suffering damages in their Federal Court fight.

Clohe was a 15 year old mixed breed dog. Flint and other Law Enforcement Officers were attempting to serve a warrant...at the wrong address. Clohe, who lived next door to the target address, emerged from her doggie door to see what was happening in her neighbor's yard and was shot in the face by police. 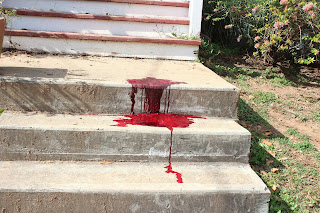 So dear Clohe, 15 years old, in her own yard, minding her own business, was shot by police looking for a fugitive in the wrong house.

In the past the value of a companion pet has been established as the cost of going to the pound and just "replacing" the dog. This has, in the past, ignored the suffering of the owners and the value of the years of companionship and memories as if they could just be "replaced".

In the case of Criscuolo v. Moses Lake Washington we got a first start at building value for a companion animal beyond "replacement" or "market value". This has continued with our decision in Branson v. Commerce City, CO where another Chloe was shot and the settlement was $262,500.00. Hopefully this trend will continue, placing adequate value on Clohe in Michigan that recognizes the emotional stress these incidents place on owners and the true value of the years of memories and companionship that constitute our bond with our companion animals. I know personally that dogs I have had have been far more than competitors or "property". There were days where my furry buddy was essential to getting through challenges that I faced.

It is time we recognized legally these bonds and values. This case in Michigan will hopefully help keep the momentum.

Here is a section of the article from Great Lakes Echo, by Eric Freeman, posted by Capital News Service on February 3rd, 2016. The full original can be accessed on the web HERE.

Owner can sue for emotional damages over shot dog

The owners of a dog shot and seriously wounded by a Michigan Corrections Department investigator can sue the state for emotional distress and mental anguish damages under federal civil rights law, a judge has ruled.

U.S. District Judge Gershwin Drain rejected the state’s argument that the owners, Erica Moreno and Katti Putman, would be entitled only to economic damages if they prove that the investigator acted unconstitutionally.

The investigator, Ronald Hughes, several state troopers and a Flint police officer on a multiagency team went to the wrong house in Flint while searching for a fugitive in June 2014, according to court documents. They had an arrest warrant for the fugitive.
Hughes mistakenly went into the backyard of the fugitive’s next-door neighbors, where he saw 58-pound Clohe, a 15-year-old pit bull mix, coming out the door and shot her in the face, the decision said.

Clohe is “a friendly family dog who gets along with her neighbors and never has attacked or bitten anyone,” the suit contends.

Trial is scheduled to begin Feb. 16 in federal court in Detroit.

In his decision, Drain said, “Clohe lost a portion of her tongue and a tooth and endured three surgeries to repair damage suffered as a result.”

The state denies any wrongdoing and counters that Hughes shot the dog in self-defense.

The internal affairs division of the Corrections Department reviewed the incident but the results of the inquiry are confidential, according to department public information officer Chris Gautz.

Shooting Clohe was an illegal “seizure” of their dog, the suit contends. “In sum, Hughes went to the wrong house to execute an arrest warrant and shot the dog without any reasonable basis for doing so.”

Shooting the dog “was objectively unreasonable because Clohe was not barking or making any threatening gesture towards Hughes,” it said.

The attorney general’s office asked Drain to disallow so-called “noneconomic damages” and limit any jury award to the difference between what Clohe is worth now and what she would have been worth if she hadn’t been shot.

Emotional distress damages “naturally flow in any case in which a cop shoots your dog in the face,” Olson said. “Most people who’ve ever owned a dog treat it as a family member.”

Rejecting the state’s argument, Drain noted that courts recognize that some people “think of dogs solely in terms of an emotional relationship, rather than a property relationship” and that “the bond between a dog owner and his pet can be strong and enduring.”

Drain said, “Prohibiting recovery for emotional damages stemming from the loss of, or harm to, an animal caused by a constitutional violation would conflict with the compensatory and deterrence aims” of federal civil rights law."

Drain also ruled that the jury can award Moreno and Putman punitive damages if they prove at trial that Hughes acted unconstitutionally.
Posted by Jim Crosby at 10:01 AM