Seriously. I am so proud of our lead attorney Jennifer Edwards of the Animal Law Center in Denver, Colorado, for hanging tough and getting justice for Chloe. We can't bring her back, but we did what we could, and I call that a win.

This is a special win since the settlement is the largest ever for such a case involving a companion animal in Colorado, helping set the standard that companion animals are worth FAR MORE than just "replacement" costs. After all, how can you "replace" years of companionship, shared memories, and affection? Is there a price on that?

Chloe can now rest easier knowing that responsibility has been assessed. We will continue to battle on for others that have suffered the same fate: Bullet, Broli, Cali, Lucy, and a host of others.

Here is the news story on Chloe from Fox 31, Denver, Colorado, today.

Settlement reached in police killing of dog; May be largest in Colorado history 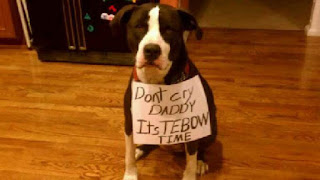 COMMERCE CITY, Colo. — The city of  Commerce City has paid what appears to be one of the largest financial settlement in Colorado history for the death of someone’s pet.
FOX31 Denver has confirmed the city recently paid $262,500 to the family of a chocolate lab-mix named Chloe, shot and killed by police. The payment was part of a settlement to avoid a federal civil court trial scheduled later this month.
In November 2012, officers responded to a report of a dog running in a neighborhood. After capturing Chloe with a catch pole and shooting it with a stun gun,  Officer Robert Price fired five shots at the dog, killing it.
Video of the event was captured by a neighbor.
Price was charged with aggravated animal cruelty but was acquitted by an Adams County jury. Commerce City police documents, obtained by FOX31, show internal affairs ruled Price was “within policy” when he killed the dog.
Using the Colorado Open Records Act, FOX31 Denver learned that in addition to the settlement, Commerce City spent $125,227.38 in legal fees, with the city’s out-of-pocket expense being a $50,000 deductible.


Colorado civil law does not allow pet owners to recover losses for a pet that exceed its face value, but recent federal court cases citing violations of the Fourth Amendment, loss of property, have changed the landscape in pet law.
Posted by Jim Crosby at 8:53 PM