I am sitting here in the beautiful Basingstoke countryside getting ready for England's first National Dog Bite Conference tomorrow with Victoria Stilwell. I have to first say that my meeting yesterday with the Metropolitan London Police K9 Training School officers was simply amazing. These officers are not only training some of the best police working dogs in the world, but they are doing it WITHOUT USING FORCE/FEAR/PAIN/AVERSIVE BASED TRAINING METHODS!  Victoria and I spoke with the head trainers and the head of their breeding program for over two hours about training methods and their philosophy on pairing a human/canine team. One of the most surprising methods they use is to pair a dog and handler together when the dog is 8 weeks old.  The dog and handler then grow up together, bond strongly, and form a lifelong working team. No partially- or pre-trained dogs here. They want to start with a blank slate, build what they consider to be a rock-solid foundation, and mold the dogs from the start to work as a true team with their handler.

Although these working dogs are eventually expected to face violent offenders if necessary, the training is very strongly positively based. No punishment here at the Met: as I have said before, a correction is simply bullying if it is not instructive. These guys understand behavior science, they understand that hanging, choking, and pinch/prong collars are abusive, and the Met simply forbids these tools. Instead, they show-teach-reinforce-proof-and reinforce again. They develop tight working dogs that are working out of the bond between them and the handler, not fear of repercussions. These are also dogs that can think on their feet and are not afraid to take on a novel challenge for fear of punishment.

I was so impressed. The quality of the dogs is very high since they are breeding carefully selected animals. All health testing is done-hips, eyes, elbows, and the breeding regulations the Met adheres to are tighter and more restrictive than The Kennel Club requires. These are truly magnificent animals.

Meanwhile, back in the USA, the second of my video interviews with John DeBella from PhillyPetInfo is live online at PhillyPetInfo Police Encounters. Take a look. The trip to Pennsylvania and New Jersey was made possible by the great folks at New Jersey Aid For Animals.

To wrap this up have a look at me and Victoria standing outside the BBC Studios in London yesterday. 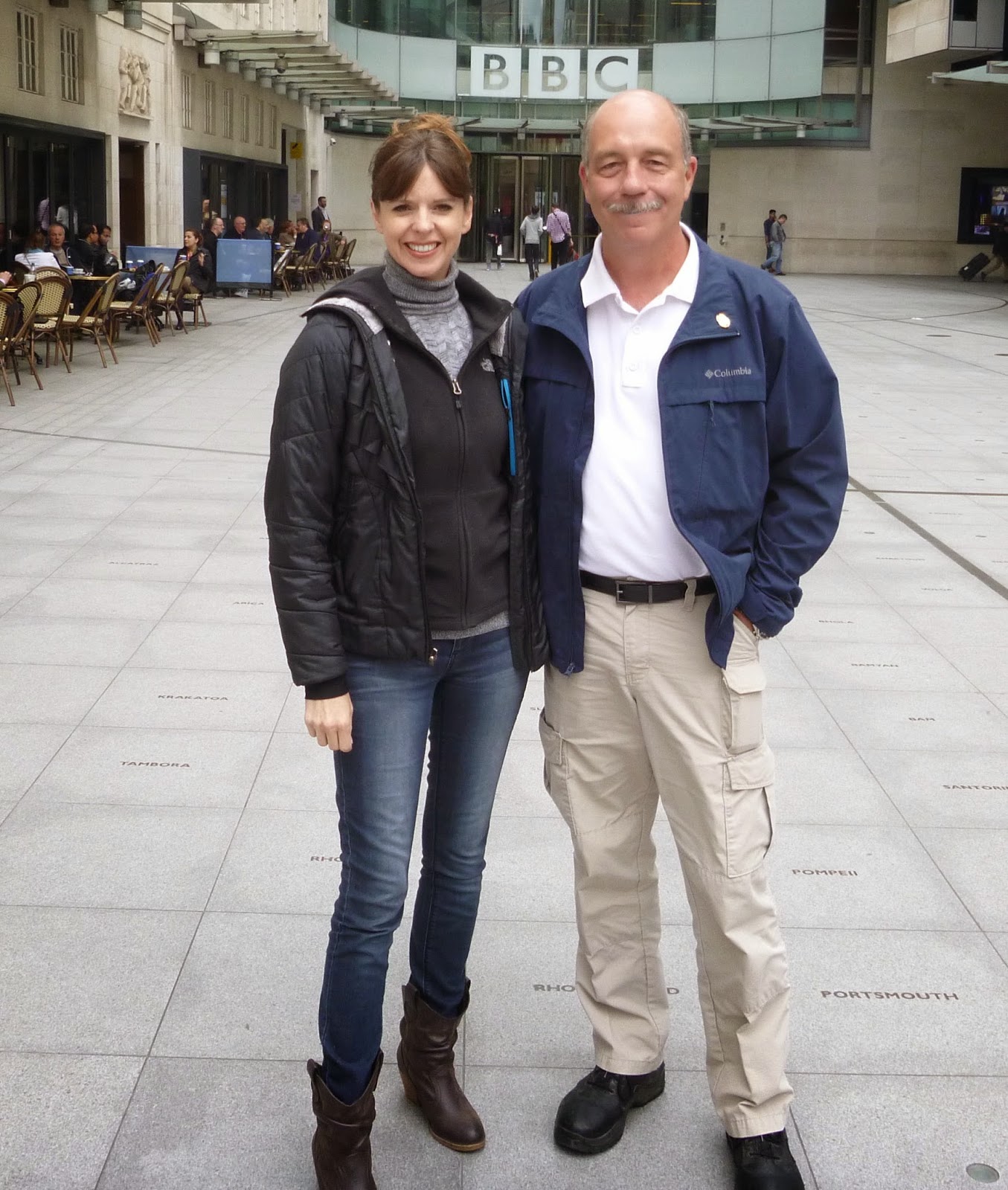