My drive in to work today here in Nassau was past placid turquoise seas, under an outrageous blue sky broken by morning tropical thunderheads. The golden light off the edges of the clouds reminds me of a different sunrise overlooking the levees of East New Orleans. The water that morning was equally placid, but the context was far different from my current assignment. 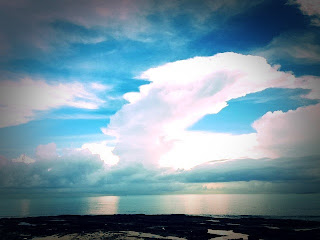 Eight years ago today Hurricane Katrina swept ashore into New Orleans, changing not only lives but the physical map of Louisiana. I arrived a short time later, sent in by the inimitable-and formidable-Diane Albers of the Florida Association of Kennel Clubs. Diane faced off against the devastation of two horrors called Katrina and Rita, and was more than equal to the task. I will never forget her cigarette-graveled voice on the phone; "Jim, get your ass in there and tell me what the hell is going on!"

And so I went, mini-van loaded with supplies.  To give an idea of what I found, here is an excerpt from my notes and the written account I have been working at for eight years:

Watching the news reports as Hurricane Katrina churned north and west across the Gulf of Mexico was like watching a train wreck.  You knew it was going to be really bad when it hit.  You knew the damage was going to be something awesome to behold.  And for those of us in North Florida, although we wished no ill towards any of our Gulf Coast brethren, we were praying it tracked west instead of making a curve back into the armpit of our state.

When she blasted ashore along the Louisiana coast, punching New Orleans right in the face on August 29, 2005, our prayers were sort of answered.  We ducked out of this one, and we hoped maybe New Orleans had ducked The Big One they had been ducking for years.  After all, the initial reports were good.  Governor Blanco and President Bush said everything was fine.  They had no idea.

Reality painted an ugly picture.  The bullet-proof armor that New Orleans wore was made of Kleenex, not Kevlar.  Katrina’s impact brought the city to its knees, and the levees’ failure to hold their own administered the killing blow.  Later, by the time Rita hit, recoil had become redundancy, and as some wags put it at the time, the Big Easy had gotten the Big Flush, followed by the Big Rinse.

Bad humor aside, the city was not flush.  Before Rita ever hit, the situation was beyond critical and the call went out far and wide-HELP SAVE NEW ORLEANS.  Homes gone, people dead.  Infrastructure was invisible and salvation nowhere to be seen.


I sat by and watched, and waited.  As a retired Police Lieutenant, I hadn’t kicked any butt in almost six years, and I was itching to do…SOMETHING.  Jump into the fray, get involved, put on my Superman undies and ride in with the cavalry. When Diane Albers of the Florida Association of Kennel Clubs called and asked if I could run a load of supplies in to New Orleans, I jumped at the chance...

Driving in to New Orleans actually had me thinking, "This isn't too bad.”  For a few minutes anyway.  It was well after dark, and I had to go around the long way because the bridges over Lake Ponchartrain were out.  The electricity had been out since Alabama.  Darkness softened everything outside the glow of the headlights, and only the faintest hint of damage leaked through.  A road sign here, a bit of tree debris there.  Nothing major, nothing worrisome.

Until I had to swerve around the house.  I rounded a curve on I-10 to find a house sitting in the two left lanes.  It wasn't a big house, and it had suffered from the trip, but it was undeniably a house in the middle of a major interstate.

From there on the highway was increasingly littered with debris.  The first concentrations of junk on the road were items carried by wind and waters; furniture, boxes, assorted trash and bits people had left unsecured in yards.  But closer to the center of the city the character of the detritus changed.  Bags of clothing, assortments of bundled belongings, objects and orts dropped by refugees.  The tattered trail of things abandoned by people stumbling into an uncertain future.

And the darkness.  Although there had been no electric service since before Mississippi, I entered New Orleans and the darkness seemed to get thicker, heightened by looming unlit buildings, the shadow of a city.  Occasionally the faces of the buildings were broken by darker spaces, jagged black on black of broken windows.

The first security checkpoint materialized under an overcast of light.  Police cars and humvees blocked entry into the city proper, manned by haggard officers and Guardsmen.  The tiny amount of traffic did not linger long, and with a quick check of credentials and destination I was cleared through.

Exit off the highway on what I hoped was Crowder.  One twisted sign alongside the ramp, maybe in the right place.  Onto the surface streets, no lights, lines down all over, into the mouth of the beast. I had never before seen cars parked on the tops of houses, or boats in trees.  Flicker of images just beyond the spread of my headlights.  Gap-toothed windows and an over-layer of dirt on cars, homes, rubble.  Delay while it sank in – this dirt was sediment, not the dirt of neglect.  Settled out of water above, not just the product of poor upkeep.

Crowder ends at the Ponchartrain levee.  A huge earthen wall, behind which the lake stewed quietly.  Stairs led up and over, walkway at the apex.

Facing the levee were two camps.  On the left an unfinished office complex had become Field HQ for two companies of National Guardsmen.  The Guard camp was circled by free standing floodlights, tall on their generator bases, towers of light ringing an armed camp.

Across the street, in the complex that had been the Lake Castle School, was Muttshack.

Muttshack was an immediate response shelter and triage area that had been set up by two wonderful people from the Los Angeles area, Amanda and Marty St. John. Although they had never done anything of this magnitude before, they likewise could not just stand by. And as the Zen parable says, "Jump and the net will appear." These two jumped, made a net on the way down, and we fell into it.

Although there were tons of challenges, there were success stories. Animals were recovered and reunited with owners like the "pissed-off Pekingese" that needed just a bath and a warm place to stay until Mom and Dad could come get him.

Thousands of animals were rescued and treated so they could move on to new homes. Dogs like Pugsley, who spent 49 days on top of the freezer he had been washed onto after the flood, before we entered the house and rescued him. Kris and I brought him out and then handed him to Sue, who wrapped him in a towel while we drove like mad back to the Vet.

After the initial response was the follow up and clean up. I tried to escape in October-and wound up back three more times before I could finally get the swamp water out of my shoes. The last time was both sad and glorious: an airlift, arranged by the FAKC and coordinated by the unbelievable Jennifer Rowan, when we carted 77 dogs north through the sky to Indiana and Wisconsin aboard a World War Two vintage cargo plane. On our return south we watched sundogs chase us off the wing, escorting us safely home. 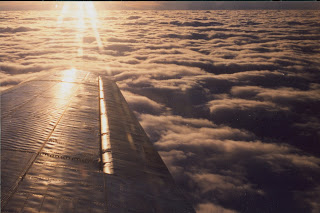 There were the tragic cases. Animals left behind by those who thought they would only be gone for a day or so died, in kennels and crates, in living rooms and attics. Animals found inside homes with their caretakers who refused to leave their companions, with both animal and human perishing in the flood. In the aftermath of the storm, the response, and the clean up, there were those humans who could not carry the burden of what they had seen and ended their lives prematurely.


Today we look back through a filter of eight years. Time allegedly heals all wounds, and many of the wounds of Katrina have at least long scabbed over. But the echoes of that time and that place linger on. Some have been good echoes; progress in disaster response planning, networks of shelters and activists that are ready and willing to step in (for example: the response of the Alabama Animal Control Association and the area shelters after the tornado in Birmingham and the massive response of activists and animal rescue organizations after the Joplin, Missouri tornadoes). Some of the echoes, such as who was really responsible for the levees and why so many people and animals died, still have us scratching our heads. And some echoes, like those of the people that died in the disaster, the animals that we found dead and dying, and those who have died since of varying associated causes, still haunt us. A friend still has dreams of the "Hell House" wherein 72 animals drowned. I still look up when I hear helicopters, and some days I catch a whiff of death on the breeze off the ocean. To hear Sonny Landreth, a Louisiana native, sing his rendition of "Louisiana 1927" still brings back the heat and the silence of New Orleans, 2005.

So eight years on we look back and remember, and just for a moment we who were there see and hear the ghosts of the bayou, the spirits that hover faintly above the waters of Ponchartrain, and we remember.

"Some people got lost in the flood, some made it out all right.
Busted through clear down to Plaquemine.
Six feet of water in the streets of Evangeline."