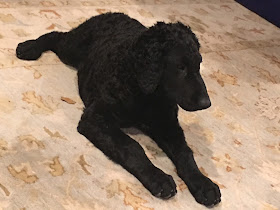 To start off, you don't want to hear excuses about why this has taken so long to get back to. Changes in status, work, and other commitments are only interesting when the subject is a celebrity, which I am not. See TMZ for those who are.

To start, yes, I have seen the video attributed to the filming of the new dog movie. Yes, I have real concerns. I am not going to rant on here, with the limited information I have, but I will point a couple things out.

1) The dog obviously doesn't want to go into the water. Yes, he (she?) may love water, may love swimming, may have been in four or five times before - but he is done. He doesn't want to go back in. Is he tired? Frightened? Is he just over the fact that movies shoot the same scene repeatedly until you hate it? I've been on sets, both in front of the camera and in the production viewing booth. I don't know how actors can stand the repeated do overs. And I know enough to realize that a director just can't stand to live with a single take, no matter how perfect.

2) The dog in the water is swept up against a wall (padded, but still a wall) in roiling, chaotic water. He goes under. Now yes, there are divers there, but I would have been terrified - and that is me, a human, who could have at least understood that the divers were there to help me and that they really didn't want me to drown. The dog had neither of those advantages. He/she was simply terrified of dying.

Animals in movies are typically fine. But for a risky shot like this, did we really need to live action shoot it? If we can have hobbits and blue aliens and all the rest of the CGI universes, why couldn't they have done a CGI German Shepherd in a fake river? Was the shot worth the risk?

Why did the trainer agree? Don't know. Everyone on the set was there to do one thing: make a movie. Beyond that everything is up in the air.That is no excuse to treat an animal badly: but that is why close supervision by knowledgeable, well trained people is essential in these situations. 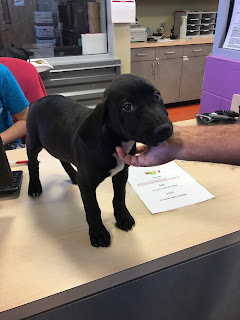 Back to training, aggression, and the cases I take: there have been a number of serious and fatal attacks. I have been involved in some of these directly. None of them are at the point where I can speak directly, as litigation and prosecution have their own rules. I can say a few general things though.

First off, dogs treated with kindness and gentleness are rarely involved in a serious bite situation. They may react out of fear, or pain, but they tend to have great reserves of control and inhibition. Remember that even a well treated, kindly raised and humanely trained dog may resort to just being a dog, given the circumstances. Dogs have a limited range of ways to react with and effect change in the world around them. If dog-appropriate signaling is not working, they may have to effectively raise their voices. Sometimes that raising of the voice must be done quickly. Thus, sometimes even the best dog might give a snap or a quick bite. That doesn't necessarily mean that they are acting badly, or that they are vicious or mean or any of the other things we saddle them with. They are dogs. Period. Not people in furry coats. Dogs.

We have a responsibility to not only treat them well and kindly, but to understand when they are speaking to us, and when we have failed on our end of the communication process. As A.A. Milne had the wise and wonderful Piglet say: “Some people talk to animals. Not many listen though. That's the problem.”

People not listening often gets me involved in other cases too. A looming issue is the training of police officers regarding safe encounters with pets. The point of training is two fold: keep the officer safe, and keep the pet safe. There are many alternatives to lethal force available to officers. Getting solid, practical information out to them, and having the officers and their Departments incorporate this information into policies and practices is an essential task that faces us. I usually get called in when an encounter has gone horribly wrong. I often, but not always, find that there was a lack in either decision making or training and policy. Sometimes, however, things go the only way they can. I don't ask anyone to get bitten or injured. Officers have the unquestioned responsibility to protect themselves and the public. No officer that I know wants to shoot a pet. Yet there are improvements in the overall process we can make to improve safety for everyone. My goal is to work to find a way to let everyone go home safely at the end of the day. 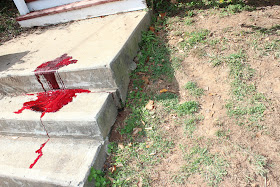 As a result, I want to put together a long term, detailed and wide ranging study of officer involved pet shootings. I am planning on applying to the University of Florida Veterinary Forensics program to be one of their first PhD students and to study this issue closely. We think we know why these happen, but no one has done a deep study of the many cases that happen, including whether the physical evidence and the reports given match. Neither has anyone looked at the cases where officers didn't use deadly force. What is the difference in the circumstances? Is it training? Compassion? Availability of tools? Is it the officer's background and experience?

These are deeply important questions that need to be answered. Yes, there have been general studies done getting the 50,000 foot view. The Department of Justice COPS section has been involved and recognizes the importance of this. The National Sheriff's Association has started as an advocate for training and change, particularly as contained in the National Coalition on Violence Against Animals. But we need to drill deeper, ask more questions of officers and owners, and look at the issue in detail to find out what the real problem is, and how we can establish truly effective training and practices.

So keep an eye this way as my vision for this study proceeds. I want to look at cases and evidence, interview shooters and non-shooters alike, look at the legal cases that have been litigated, and dig deep. Owners, officers, trainers, and Departments must all take responsibility for cases where these encounters go wrong. I want to develop a clear road map to find an answer.

And if anyone out there knows a source to fund this project, please let me know. There will be a zillion hours of interviews I am sure. There will be (in my plan) on-line surveys and data collection across the tens of thousands of officers and incidents. I will have to go to crime scenes, access evidence, and build a model of how this happens. There is also frankly tuition for the program. Conducting such a study under the oversight and within the ethical boundaries of a University is the only way that I can see making the study effective, fair, and credible. Universities have clear rules as to peer review and reliability of data. With my Masters Degree from the University of Florida Veterinary Forensics program, I think that UF is likely a good home for this.

I won't stop my work on human fatality investigations. Those rare cases still demand full attention of Law Enforcement, Animal Services, and the forensic and animal welfare communities. I am not abandoning that. I see, honestly, that the two fields intersect. Where they intersect is safety for people and animals, based on the understanding of behavior, and grounded in solid forensic investigation.

Please stay with me on this journey. I want to make a difference for people and for animals, and this is one way we can do it. 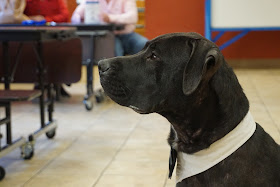